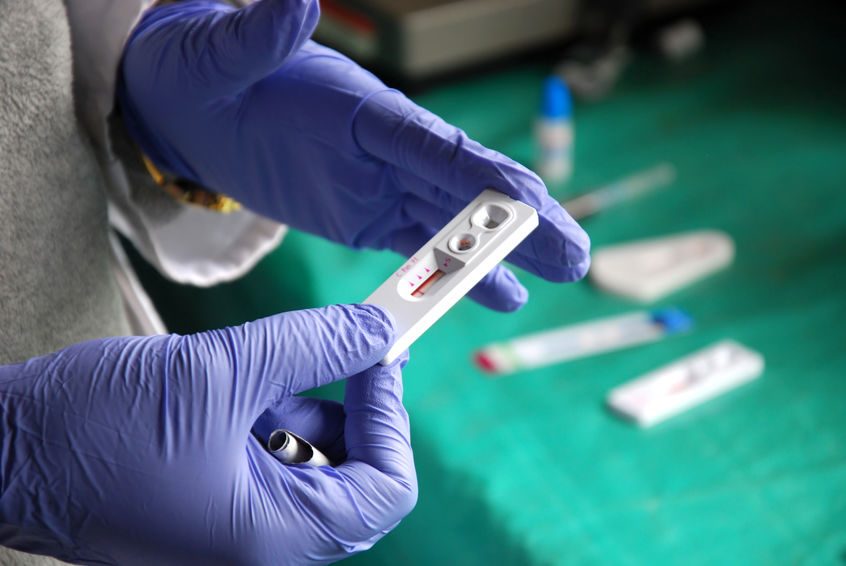 A study conducted at Yale University General Clinical Research Center and published by Alternative Therapies in Health and Medicine shows promise for the efficacy of acupuncture in alleviating symptoms of human immunodeficiency virus, or HIV. The study, while small in numbers of subjects, allows for further study into the use of Traditional Chinese Medicine to support patients with HIV. The patients received acupuncture treatments twice a week for three weeks. Researchers tracked their symptom distress, psychological distress and overall quality of life. The data from this pilot study suggests the participants noticed an improvement in their symptoms and their quality of life.

Acquired immunodeficiency syndrome or AIDS is caused by a virus known as the human immunodeficiency virus or HIV. People can contract HIV through a number of ways, but the most common is having unprotected sex with an infected partner. It can also be spread by contact with infected blood or from mother to child during pregnancy. HIV slowly weakens the immune system, making the host susceptible to multiple infections and diseases that eventually kill the host.

The good news is the numbers of infected people in the United States are steadily declining, and not everybody who is diagnosed as HIV-positive will succumb to the virus. Huge strides in modern medicine have allowed people to live normal lives despite being infected with HIV.

Traditional Chinese Medicine (TCM) is probably the most commonly known alternative to modern medicine due to its long history and the fact more and more people are seeking out ways to avoid taking pills and visiting hospitals.

TCM helps HIV-positive patients by boosting their immune systems, relieving symptoms and decreasing the side effects of prescription medications. Most people who are diagnosed with HIV are advised to start drug therapy as quickly as possible, but many of the medications prescribed have significant side effects.

Many patients report improvements in sleep, stress levels, digestion and immune function once they begin regular acupuncture treatments. And science backs this up. There are two ways the health of HIV-positive patients is monitored: their T-cell count and their overall viral load. For those who begin acupuncture treatments and are consistent with them, T-cell numbers remain high and sometimes even increase and the overall viral load in the body decreases. This helps keep their immune system functioning at a high level, while also combatting things like fatigue and stress associated with the infection.

TCM is unique in its approach to treating HIV because it is one of the few medical systems available that addresses the whole person without compartmentalizing their symptoms. This allows for the patient to receive help in healing not just the body, but also the mind. Multiple studies confirm emotions can affect the body and actually make us sick. TCM addresses the mind-body connection and treats the person holistically, thus providing for an overall better quality of life.